Although the Etruscan civilization remains enigmatic and largely unknown to us, there is reason to believe that it made important contributions to the development of Western, European culture through its impact on the advancement of Roman culture. This is what we know:. 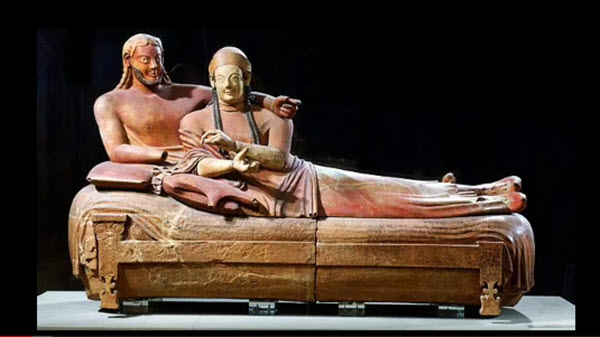 The Etruscan language remains largely un-deciphered, but philologists have identified several loan words in Latin that they believe are derived from Etruscan. This would indicate that contract between the Latins of Rome and the Etruscans influenced the growth of the Latin language. And since Latin is the foundation of most of the languages of Europe including English, French and Italian, we can say that the Etruscans had at least some, and to a large extent unmeasurable influence on the languages of Europe.

The Phoenicians invented an alphabet writing, and this spread through Mediterranean trade routes to Greece and eventually Etruria, The Etruscans acquired their alphabet through trade contracts with Greece and eventually adapted it to their own use. Their form of the alphabet was later in turn adopted by the Latins, who used it as the basis for their writing system.

Although the Etruscan writing system was not entirely original, it definitely influenced the development of the Latin alphabet, which is not only still in use, but is one of the principal writing systems in the world today. You could not be reading the text of this article without the Latin alphabet, created by the Etruscans and adopted by their heirs and enemies, the Romans.

Rome and her empire changed the world. But long before the little city state emerged from the obscurity of history to become the Eternal City, Rome was ruled by Etruscan kings. The last three Kings of Rome were Etruscan. Although the Etruscan kings were late vilified as tyrants by the Romans who overthrew them, there is no denying that they also built great public works that benefited the population immensely. For example, the Etruscan kings of Rome built the following great works of engineering, which made the growth of Rome into a great city possible: 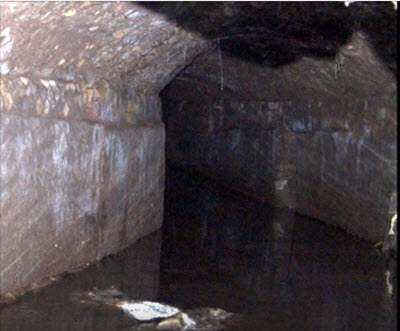 These impressive works of engineering are not only important in themselves, but we can surmise that the Romans acquired much of their engineering skill from the elder Etruscan civilization.

The Etruscans were known in antiquity as a very religious and devout people. They worshipped deities related to the Greek and Roman pantheon, but also practiced divination and fortune telling to an extent far greater than any other ancient European people.

Etruscan priests were renowned for their ability to interpret signs such as the flight of birds or the appearance of the entrails of sacrificed animals in order to predict the future, or to select the most propitious date on which to embark on a course of action. No major decisions were made unless an Haruspex, literally meaning an observer of entrails, was consulted. The Etruscans' expertise in the art of studying entrails in order to foretell the future was so well-respected that even after the Roman conquest, Etruscans were by and large the only practitioners whom the Romans trusted to provide them with an accurate intestinal prediction.