The Etruscans were proverbially a religious people. The Romans said that the Etruscans were above all a people devoted to religion, "gens ante omnes dedita religionibus" and that Etruria was the mother of all superstition ("genitrix et mater superstitionis Etruria"). Their tombs bear witness to a belief in a future life, and a dread of the malignant power of their deities. Affairs of state were regulated by the decisions of colleges of haruspices and augurs, who interpreted, according to established rules, omens and portents obtained from the inspection of the entrails of victims, the flight of birds, and from lightning, of which twelve kinds were distinguished. 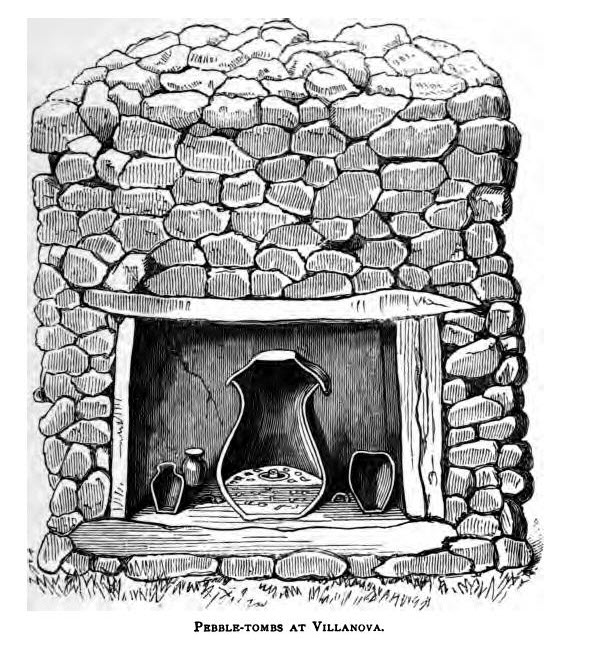 Varro, Cicero, and Martianus Capella have described the methods of divination, as laid down in the libri disciplinae Etruscce. The heavens were regarded as the templum of the gods, and were divided into sixteen regions, in each of which one or more of the gods presided or resided. By ascertaining the precise ‘ region’ in which an omen, such as a flash of lightning, occurred, the fulgurators determined the name of the god who sent the message, and interpreted it in accordance with his functions. Those gods who possessed the power of sending lightning were called the Novensiles, or "Thunderers."

In the museum at Volterra is an effigy of an augur, holding in his hand the instrument by which these observations were made, and an actual specimen of the instrument has recently been discovered near Piacenza. It is a bronze model of the liver of a calf, which must have been used like a sextant. Beginning with the north, the rim is divided into sixteen compartments, in each of which the name of one of the gods is engraved. The heavens were observed through apertures which correspond to the blood vessels which supply the liver. One side of the instrument is dedicated to the sun, the other to the moon, probably for observations by day or by night. The protuberance called the lobus Spigelii was the ‘mount of the gods,’ and the gall-bladder was dedicated to Neptune.

The names of the deities inscribed on this curious instrument, coupled with the account of Martianus Capella, have supplied unexpected information as to the Etruscan Pantheon, and this is supplemented by the names appended to the deities in the mythological subjects painted on the walls of tombs, or engraved on the backs of the polished bronze mirrorsused by Etruscan ladies, of which four hundred are known. In many cases the subjects are taken from the Greek mythology, and the names are merely those of Hellenic or Italic deities, conformed to the phonetic laws of Etruscan spelling. Such are Ani (Janus), Uni (Juno), Maris (Mars), Apulu (Apollo), Nethuns (Neptune), Ercie (Hercules), Menrva (Minerva), Velch (Vulcan), Satre (Satur-nus), Artumes (Artemis), Letun (Latona), Vetis (Vedius), Silvans (Silvanus), Aita (Hades), Phersipnei (Persephone), and Charu (Charon). 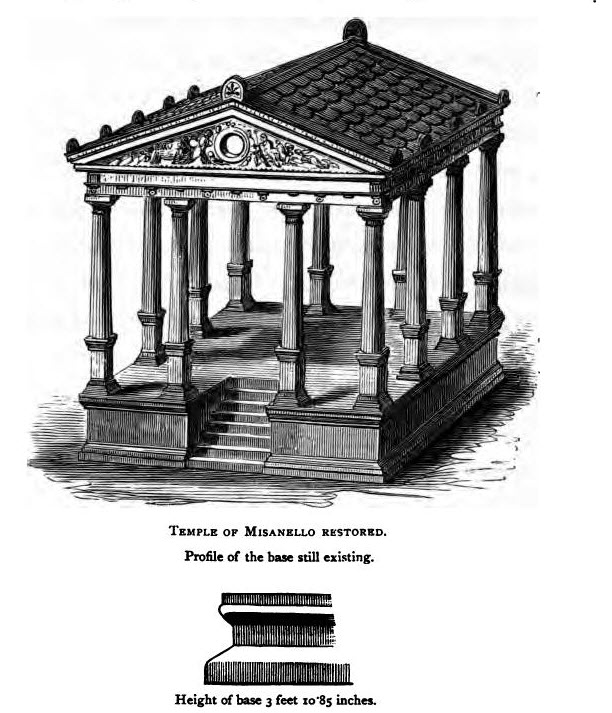 But besides these borrowed names there are a host of genuine Etruscan deities, such as Tinia, who answers to Jupiter, Laran to Mare, Fufluns to Bacchus, Sethlans to Vulcan, Turan to Venus, Turms to Mercury, Thalna to Juno, Thana to Lucina, Thesan to Aurora, while the sun and the moon were called Usil and Lala. Of other deities no analogues have been found in the Greek or Roman Pantheon. Lasa and Mean seem to be recording Fates; Epiur, Snenath, Munthuch, and Malavisch to be guardian spirits; Tuchulcha, Asira, Nathum, and Tarsu avenging Furies; Vanth, Leinth, and Culsu conductors of souls or deities of the tomb.

More obscure are the functions of beings called Racuneta, Talitha, Tethum, Thufla, Mlacuch, Achuvitr, Tipanu, Sitmica, and Ethausva. If anything were wanted to prove that the Etruscan mythology differed from that of all other nations, this strange list of names would be sufficient.

Classical writers have assigned to the Etruscans other deities whose names are not found in inscriptions, and which may be Sabine, Umbrian, or Faliscan. Among them may be enumerated Mantus and Mania, king and queen of the under-world ; Summanus a god who ruled the night; Vertummnus, the god of autumn; Voltumna, whose temple was the meeting place of the federated states; Nortia, the goddess of Fortune, in the doors of whose temple at Volsinii nails were driven to mark the successive years; and the Novensiles, a collective name for those gods who hurled thunderbolts.